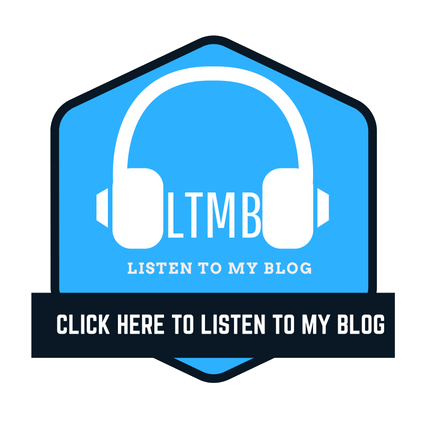 Ok, let’s get the obvious ones out of the way(these don’t count as part of the 3):

Note: It’s important to note that I’m not writing exclusively about 86-year old Warren Buffett as he is now, but of his documented behaviours and actions during his early to late adult life when he was raising his family and becoming a billionaire. The goal here is to note that just because someone has made a lot of money, that doesn’t mean they have mastered living and everyone should mimic every part of their life. And also that focusing so much on making money or on any single part of your life will have consequences that you may not enjoy.

I’m not here to judge Warren or tell you that he’s a good, or bad, person or role model. I started out thinking that way but as I was researching I realized that everyone has flaws(including myself!) and everyone chooses to live their life in a way that makes them happy(also me!).

Warren seems happy. He doesn’t need much to be happy. In fact, a lot of the things that make a lot of people happy are frivolous and unnecessary for Warren.

He leads a simple life. (Lives in a small house in Omaha)

He is very good at his job. (His job just happens to be making tons of money for himself and others.)

And the thing I like the most about Warren today is that he is giving away 99% of his $65,000,000,000 fortune to charity. This is totally admirable and if more people did this with their fortunes, maybe the world would be a better place.

If I had the ability to make that much money, I would like to think that I would do the same. I hope you would too. No one actually “needs” that much money.

All that being said, there are a few ways in which Warren and I live our lives a little differently:

As I wrote in “Why are you saving your money?”, the main reasons we don’t spend all of the money that we make is because we are either saving up to buy something in the short-term or building a retirement fund for the long term (so we can spend it when we retire).

The general rule is that you make money so you can spend money.

You just might not plan to spend it all right now and spread it out over your life. Whatever works best for your situation.

Most people stop working(or work less) when they have enough money to retire. Or in other words, once their money makes enough money to provide the income they need, they do whatever they want.

This concept makes sense to me, but Warren is not like me.

Have a look at this chart showing Warren’s net worth over the years(assume all figures are USD unless I note otherwise):

Are you now thinking about how many $5,600s there are in a million? Me too!

Warren could have stopped working, sat on his couch and read comic books for 178 years instead of continuing to work. (Assuming his $1,000,000 was at least invested to keep up with inflation).

That’s just the basic example but a more realistic example is that Warren could have put that million in an regular, everyday savings account at 3%(in 1960), and made at least $30,000 per year. That’s an annual income of $240,000 in today’s dollars.

But Warren wasn’t investing so that he could retire and relax. He loves the work. The work is his reward. Money is whatever to him.  He’s like:

And not everyone wants to stop working, even when they do reach financial independence.

I get that. Work gives you purpose. It’s what you do and you do it well. Maybe you tried all the other things in life and you found work is where you have the most fun. Good for you!

I get it, but I don’t share Warren’s opinion.

There is so much more to life than work, even if you enjoy work.

Spending time on work means that you have less time for family, travel, creativity, relaxation, meditation, and so many other things outside the scope of the thing you do to make money. 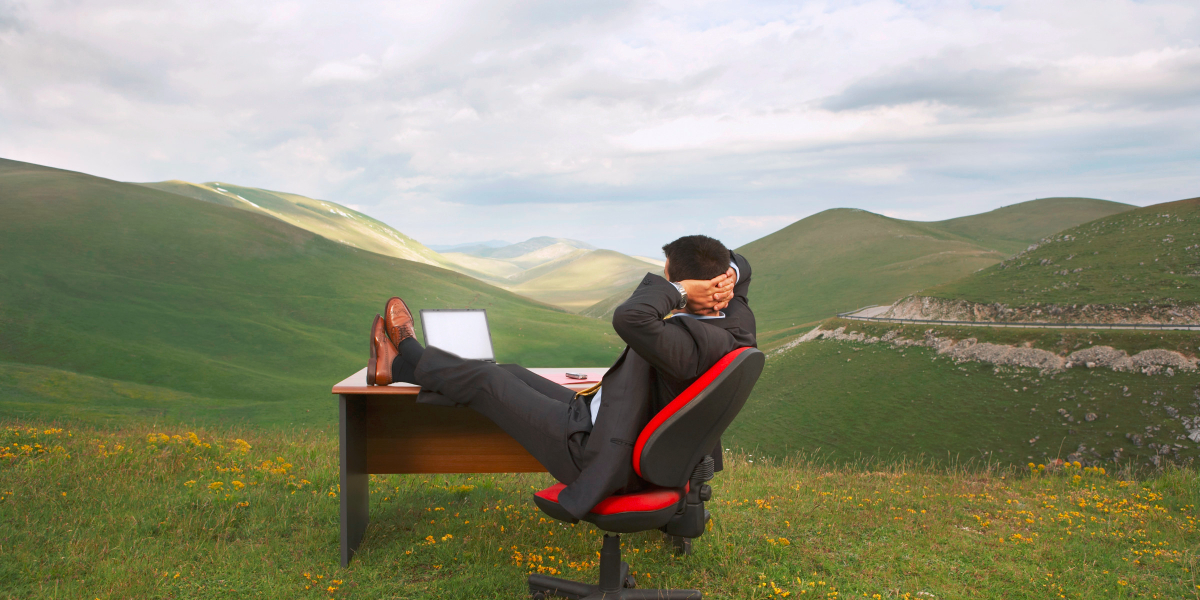 People love to talk about how Warren stayed in Omaha to be close to his home and his family.  They even cite Warren as a great example of someone who figured out work-life balance.

I completely disagree with everyone on this.

Work-life balance has nothing to do with proximity to your family. You can stand next to me all day and still work 24/7.

Work-life balance is about knowing how to step out of your work and into other parts of your life, without taking your work with you.  Warren has no idea how to do that.

You can work from home, but if you are constantly working, and all of the family things that happen around you are just a distraction, until you can get back to work, you have no balance.

If you’re having dinner with your family and all you can think about is all of the businesses you want to buy, you have no balance.

Work-life balance is about knowing how to live in the present moment. It’s about not letting your work define you as a human being. Work is just something you’re good at and get paid money for.

Work-life balance is about being well-rounded.

Note: Warren may “work” less now that he is in his 80s, and play bridge with Bill Gates, but that wasn’t the case when he was younger.

When Warren’s daughter Suzie was a teenager, she crashed the family car. As she recounted the tale to her father in tears, he barely had any reaction at all and went back to researching companies to invest in.

Warren has always been detached and though many claim his detachment is the secret to his success in business, it’s not the best thing when you are trying to cultivate relationships in your personal life.

Warren does not care much for vacations or really doing anything that isn’t pursuing his passion of investing.

If I had Warren’s money, I would use it to visit every corner of the globe. I want to see it all. I want to learn all the languages and see all of the diversity in this world. Warren and I are very different in that regard. I would have stopped with the $1M in 1960 and spent the last 56 years doing anything I could possibly imagine.

Money is good for experiencing things and giving you freedom to get away from your everyday.

For example, I’m headed to Kenya in a few weeks and my flight cost $1,400 CAD. I’m going to Kenya for purely personal enjoyment and there is no actual return on investment, like a business deal or anything like that waiting for me in Kenya.

I’m going to Kenya to spend money in Kenya on Kenyan things.

Warren would probably consider this frivolous. He would say something about how my $1,400 could turn into $14,000 if I just invested it and left it alone for 40 years.

That’s great Warren, but I think there is more to life than work and investing money you are never going to use.

3 – WARREN BUFFETT DRINKS 5 CANS OF COKE PER DAY AND EATS LIKE A 6-YEAR OLD. 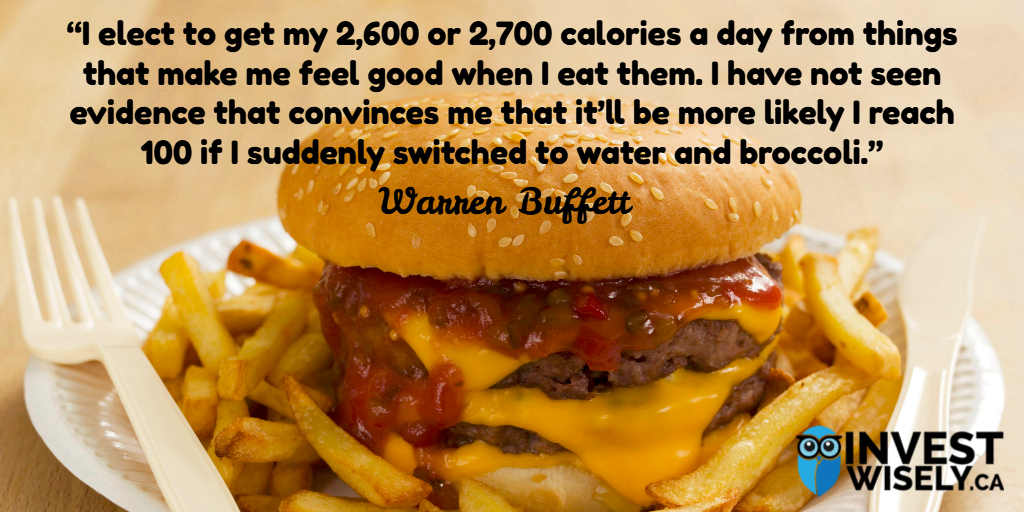 It’s fascinating how someone who is perceived to be so wise, can also be really dumb about certain things.  For a summary on his eating habits, check out “Why You Should Never Drink As Much Coca-Cola as Warren Buffett”.

I’m not a health nut or anything, but I eat well enough. I try to have balanced meals and I do enjoy a carbonated sugary beverage most days(in the evening). One, maybe two, but usually just one. And I eat desserts and snacks, but only after I’ve eaten nutritious items for most of the day.

But what do I know about health and long life? Warren is 86 and he jokes that he is “one quarter Coca-Cola”. And he’s not talking about the shares in Coca-Cola owned by his company.

Everyone has their bad eating times. I’ve had times in my life when I ate exclusively junk food. There was a 3 month period in my 20s where I ate McDonald’s every day. Then the manager of that McDonald’s approached me and gave me a 10% discount card for my loyalty.

I never went back to that McDonald’s.

You can certainly survive by eating bad stuff all the time but the risks to your health increase significantly as you age.

Some people, like Warren, are built for this kind of diet, and many, many others are not.

Most people conclude that Warren is a statistical outlier. I’m not a doctor but logic dictates he should have diabetes, feel really terrible every day, or be dead by now.

THE CURSE OF THE BILLIONAIRE

In a way, Warren’s curse is that the thing he does very well brings him money he doesn’t need or have any specific future plans for. (He only decided to give it all to charity because he can’t stand leaving it to his kids or spending it himself.)

And this brings scrutiny from everyone who has an opinion of how a billionaire should live.

A lot of people dream about winning the lottery and what they would do. Warren won the lottery 56 years ago and did nothing. That is frustrating to many.

The bottom line is that everyone has an opinion about everything.

Since you can’t please everyone, you might as well be yourself and do what makes you happy.

1 thought on “3 Ways Warren Buffett And I Are Different”